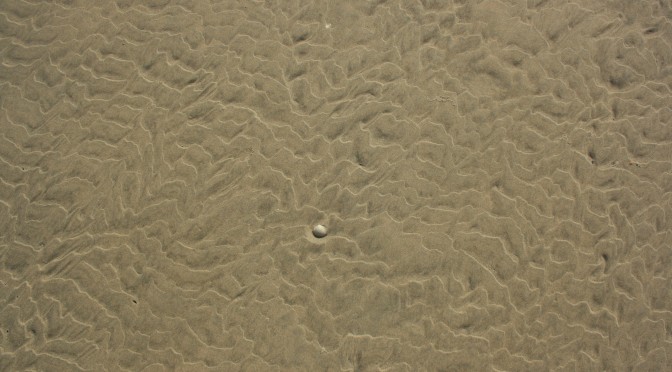 I have to confess, I am not a true vegetarian. I still occasionally eat fish and shellfish, but no longer eat meat.  I suppose my rule is, if the creature has lungs, I don’t eat it (fish have gills.) Alright, there is a lungfish, but it doesn’t sound very appetizing somehow.

I guess it started in when I contracted the Norovirus. For a week I survived on tinned soup and iced tea. Finally when I felt able to handle solid food, I decided to make an old favourite – Cottage Pie. When I tried it, it was horrible: it tasted of, well, dead cow. I went back to soup.

A couple of days later, I thought I fancied Mexican. So I made Chicken and Red Pepper Fajitas. And they tasted of…dead chicken.

The next day I made Tagliatelle with Salmon and Peas, and it tasted delicious! Obviously my taste buds were compromised, so I decided to eschew meat until they recovered. Meanwhile I looked up vegetarian recipes on line, and found amongst others Moroccan Spiced Pie which I decided to prepare. After a fun 3 hours in the kitchen (the recipe is quite involved) I had a funky looking creation, and I tucked in: absolutely delicious! It was a total revelation (although my sister, who coincidentally cooked it at the same time was less impressed.)

I decided to pursue further vegetarian recipes. I do not remember ever making a conscious decision to stop eating meat, I just cooked other things, until it dawned on me I had become, in fact, a non-meat eater. Before,  I didn’t consider it a proper meal unless it has meat in it.

I used vegetables and ingredients to flavour meat, or as an accompaniment because it was healthy. Meat was the main element of a recipe, and the other ingredients subservient, even if I pretended otherwise. It also didn’t matter quite as much if the cooking was not top quality, or the meat was tough or stringy, the meat would still somehow satisfy.

This “cut off its horns, wipe it’s arse and I’ll eat it as it is” mentality I think this has to do with Man’s hunter gatherer past. As a species Homo Sapiens  evolved as eating meat, but probably not that often, and not that much. Our ancestors would have lived mainly off nuts, berries, fruit and insects. To gather these would have consumed a large amount of energy relative to the energy value of the food. Occasionally, you may have managed to kill prey. Meat would yield much more energy, but if you were lucky enough to make a kill, you had to guzzle it down quickly, before some large sabre-tooth arrived and mugged you for it.

Even though meat is now plentiful (in the West at least), I think there is still an element of primal feeding frenzy in our approach to it. However, liberated from the tyranny of meat, vegetables and other ingredients realize their true potential.

In the past I sometimes served Ratatouille as a side dish to meat. It was nice, but I had the feeling that the robust flavour somehow detracted from the main dish. Now I make it a feature in its own main dish: Roasted Ratatouille Pie with Mozzarella. I have always loved pies, but this is now my all-time favourite.

And after the success of Moroccan Spiced Pie I delved further into  Middle Eastern cookery. Previously I had thought it was goat stuffed with dates baked for 2 days in a pit in the sand, that sort of thing. But it is actually elegant, subtly spiced and substantially vegetarian. Oh, and totally delicious: Hummus, Tahini, Harissa, Falafel, Bessara, Tabbouleh amongst others. Humus on toasted pita bread with a smear of harissa is one of my favourite starters. It is also fantastic for breakfast.

Not eating meat has meant I had to give up a few old favourites. Hardest has been bacon and charcuterie, I suppose because the processing masks their animal origin. Also things like the wonderful West African Curry I learned from my mother: a rich spicy meaty gravy served with rice and a sambal of chopped fruit and vegetables. Or Lasagne Bolognese. Or Chile Con Carne. Or Calf’s Liver with Potato Pancake and Onion Gravy. Or Chicken Casserole with Suet Dumplings.

However, with a little imagination it is possible to find substitutes: West African Curry I now make with puy lentils and Portobello mushrooms, and add a hard-boiled egg per person at the last minute. My family maintains that this is every bit as good. Similarly, lentils and/or mushrooms can be used for a vegetarian alternative to Bolognese Sauce or Chilli Con Carne (which I pretentiously call Chilli Sin Carne.)

Vegetarian cookery is sometimes a little more time-consuming, and sometimes for me involves a starter to provide extra protein (for example, I like to serve Tuna Stuffed Eggs as a starter for Spinach Gnocchi in Tomato Sauce.) But whereas before I had relatively few meat recipes (maybe 50 or so ‘favourites’; how you cooked meat was less important) I have rapidly built up a much larger repertoire of recipes containing a larger range of ingredients.

How strict am I? Quite strict. I have removed all meat-based products from the larder (including stock cubes.) And I no longer eat Belgian frites, as these are traditionally fried in lard. Or traditional Mince Pies, which contain lard in the pastry and suet in the filling. I do scrutinize the contents of processed foods, such as soup, or things with pastry. Where I am more lax is cheese, traditionally curdled with rennet.

There is also an ethical element. I always felt a sort of guilt when I encountered a livestock lorry taking animals to the abattoir. Or, sated after a Sunday roast, the linger of frizzled animal was vaguely off-putting. Cutting up and frying meat I never found very appealing, but generally felt that the end product made it worth it. And I have always found butchers’ shops disturbing places. Furthermore, eating the crops yourself instead of first feeding them to animals, is a more sustainable method of agriculture.

Then there are the health benefits. Various studies have indicated that vegetarians tend to live longer. Previously the villain of the piece was saturated fat. Now largely exonerated, the finger of accusation is twitching in the direction of l-carnatine, as far as I know found exclusively in red meat. This is provisionally linked to an increased incidence of colonic cancer and coronary disease (narrowing of the arteries previously attributed to saturated fats.)

Studies indicate that a hundred grams or so of meat, eaten a couple of times a week is unlikely to be harmful. However, as speculated, we evolved as an omnivore whose diet was supplemented by occasional meat. It is only in relatively recent times that our consumption of meat has increased. Or to put it another way, our digestion is not fully equipped to deal with the quantities of meat many of us now regularly consume.

Where preserved meats are concerned, the dangers are less equivocal. There does appear to be a correlation between colonic cancer and heart disease and even small quantities of bacon, sausage, ham etc. Again, the cause is unclear, but the suspicion is falling upon sodium nitrite, used to kill harmful bacteria such as botritis that causes botulism.

Do I feel healthier not eating meat? Probably not, but I enjoy my food more. And I now feel a little virtuous when I see cattle trucks destined for the abattoir…

As a final word, it is not my mission to convert others to vegetarianism, but to share my recipes, and maybe promote a different approach to food. My family has gone along with me, whilst not declaring themselves vegetarian. Indeed it was because of their enthusiasm and encouragement that this blog was born.

Because my time is limited,  I like to plan ahead. To help me do this, and keep track of what I have cooked and when, I have developed an application VegieTABLE, which is available to download, as well as an explanation and usage guide. I hope you will try it, and give me your feedback.