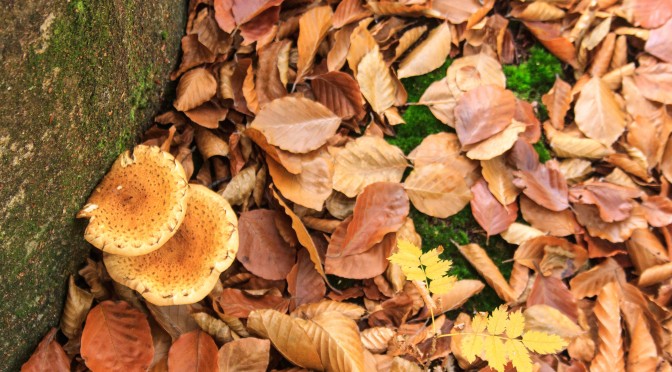 This is a stunning soup, served in a half pumpkin: for that reason I am presenting it as a Halloween special. It is rather time consuming but I promise you will not be disappointed with the result! It goes really well with naan bread. I also include a recipe to make your own. Again, rather time consuming, but the result is hugely much better that any supermarket variety. 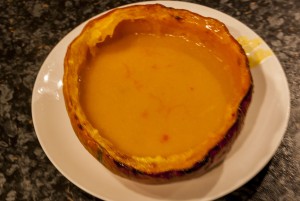 Method:
1. Preheat oven to 180 degrees.
2. Cut the pumpkin in half and discard seeds.
3. Trim the bottom of each half so it will stand
4. Brush inside of each half pumpkin with butter, season with salt, pepper.
5. Cut the squash into large chunks, cover with melted butter, add to a deep roasting tin, and cover loosely with foil.
6. Arrange the pumpkin cut side down in another roasting tin.
7. Bake the pumpkin and squash until soft, approximately 1 hour.
8. Allow to cool until the pumpkin can be safely handled, then scoop out the flesh to leave a thickness of 1.5 cm.
9. Puré the squash and scooped pumpkin flesh in a food processor and reserve.
10. In a saucepan, melt the remaining butter.
11. Over low heat, saute the onion until soft but not browned.
12. Add pureed squash and cook over very low heat until heated through, stirring occasionally. Do not allow to boil.
13. Season with salt, pepper, and garam masala.
14. Pour in stock and bring to a boil, over low heat, stirring often.
15. Cook for about 20 minutes, then add the coconut milk and rosemary spring.
16. Warm through, remove rosemary and adjust seasonings to taste.

Method:
1. If using, roast the Trinidad in a very hot oven until skin blackens.
2. Allow to cool, peel off black skin, remove core and seeds; chop coarsely.
3. In blender or food processor, puree the pepper, chilli, adding stock until thick sauce consistency is attained.
4. Season with salt and pepper.

To serve:
Ladle the soup into the half pumpkins, and swirl in the roasted red pepper coulis.
Serve with naan bread.

Method:
1. Warm the milk very gently until luke warm, then pour into a bowl.
2. Add 1tsp of sugar, and the yeast. Mix and set aside for about 20 minutes, by which time the mixture should be frothy.
3. Beat the egg lightly.
4. add the egg, milk and yeast mixture and remaining ingredients to a large bowl.
5. Mix well and form a ball of dough.
6. Kneed the dough for about 10 minutes, or until smooth and silky.
7. Cover the bowl with cling film and allow to rest in a warm place for about 1 hour, after which the dough should have risen to twice the size.
8. Place a heavy baking tray in the oven and heat to the maximum temperature.
9. If you have a separate grill, heat to the maximum temperature.
10. Bash the dough so it collapses a bit and divide into 6 equal parts.
11. Roll a ball into a teardrop shaped naan, about 24cm x 12cm at the widest.
12. Remove the baking tray from the oven, slap the naan on it and return to the oven.
13. Bake for about 3 minutes, then transfer to the grill about 10cm from the heat (if you have a grill oven then simply turn the setting from oven to grill), and heat for about 30 seconds, or until the top of the naan browns nicely.
14. Remove and wrap the naan in a tea towel.
15. Repeat with the remaining balls of naan dough. 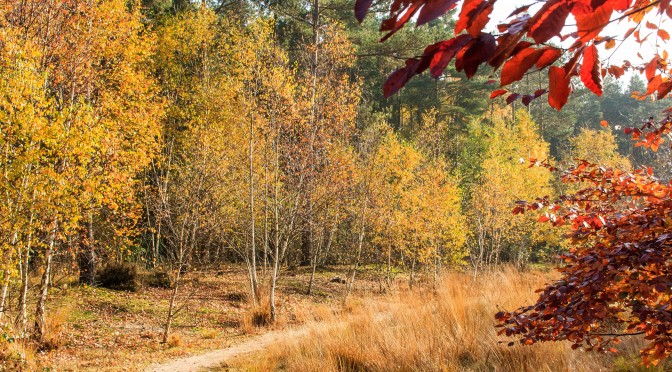 It is no secret that I do like a bowl of soup. The simplest and most delicate I know is this recipe for Potage Parmentier, or Leek and Potato Soup from Brittany. 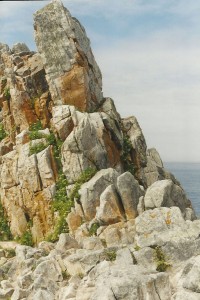 I first discovered the delights of Potage Parmentier as a student during a botany field trip there. Brittany in those days was a rather wild and mysterious place, where the Breton language was widely spoken, and women still wore the traditional black Breton clothing.

Some 30 exuberant students descended on the unsuspecting small village of Le Cloître, where we camped in the school yard. We were catered for by Mme Clochard, a fierce taciturn lady with a heroic physique and bare red arms permanently covered in flour who spoke not a word of English. What she lacked in charm she more than made up for in culinary skills.

Every evening meal started with soup, and was followed by simply cooked meat or fish with fresh vegetables, and rounded off with fruit and yogurt. 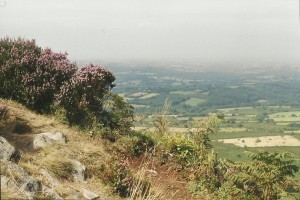 The last evening we had a slap-up dinner to celebrate, and at the end we were to make a presentation to Madame to thank her for her wonderful meals. I had boastfully claimed to speak French, so I was chosen to make a short speech of thanks.

Mellowed by the free-flowing local wine I began eloquently and egged on by fellow students I was soon in full flow…but unfortunately I got ‘bel’ & ‘bon’ mixed up, and ended up calling her the most beautiful cook in the whole world, instead of the best cook as I intended. I instantly realized my mistake and began sniggering hysterically. Meanwhile Mme Clochard turned a deep shade of puce, a potent combination of embarrassment and rage.

And she is right! Do not be tempted to add other ingredients, or you will spoil the subtlety.

I like to make a big vat of this soup, and serve is as a main course with crusty bread. But you will probably need a starter. Insalata Caprese, of Avocado Vinaigrette would go rather well. And if there is any soup left over, I serve is as a starter the next day.

Note: the chilled version is Vichyssoise, and is also very good. 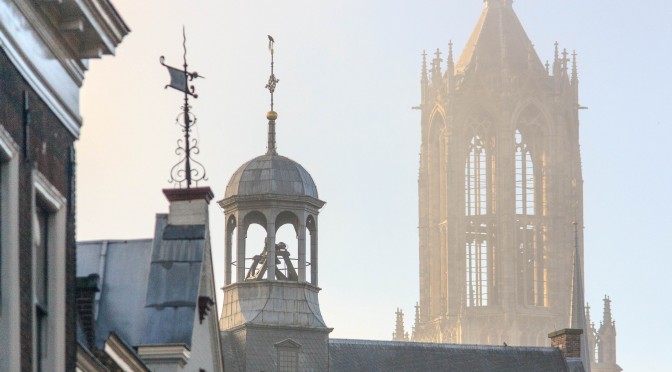 Since rediscovering my pasta machine a few weeks ago, I have been rather preoccupied with pasta recipes.  So this for blog I decided to present a recipe from another continent and hemisphere. 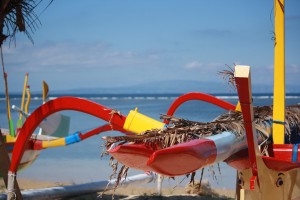 Nasi Goreng simply means “fried rice” in Indonesian and Malay. Usually, in Indonesian households, Nasi Goreng is eaten for breakfast,  prepared from the leftovers of the previous day’s meals, with fresh vegetables and eggs added. The basic ingredients of Nasi Goreng are rice, onion, garlic, sambal or chili sauce, and kecap manis or sweet soy sauce.

It can be enjoyed on a tin plate at a roadside food stall, eaten on porcelain in restaurants, or collected from the buffet of an Indonesian Rijsttafel.

Indeed the best Nasi Goreng I ever ate was some years ago on a small beach in Bali. 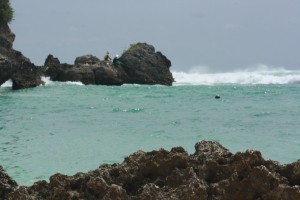 As can happen in the tropics, a storm suddenly emerged from nowhere; the sky turned from azure to pewter in a matter of seconds, and the rain hosed down in diagonal sheets. We sought shelter in a beach restaurant; a ramshackle collection of plastic chairs an trestle tables huddled under an ancient tarpaulin. We ordered Nasi and Bintang beer, and watched it being prepared in a massive wok over an open fire, with homemade contraption for a cooking plate. 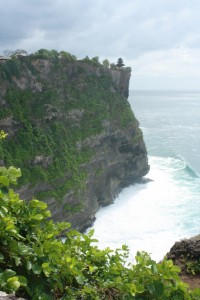 It was smoky and spicy and topped with a fried egg.

A word on the ingredients: The texture of leftover cooked rice is far better for Nasi Goreng than that of freshly cooked rice, which is too moist and soft. Kecap manis and sambal oelek are available in my local supermarket. You will certainly find them in an Asian supermarket. Otherwise substitute chilli sauce, and dark soy sauce.

Method:
Omelette
1. Break the eggs into a bowl, reserving the white of 1 egg.
2. Add the sesame oil, a little salt and pepper to the eggs and whisk           to mix.
3. Heat a small frying pan, and add 1/2tbsp oil.
4. Add the omelette mix, and cook until the omelette has firmed.
5. Allow to cool, and slice into thin strips (about 1cm by 3.)
Tofu & mushrooms
1. Add the cornflour to the egg white, plus a little salt and pepper,            and stir well to mix
2. Cut the tofu into 2cm cubes.
3. Slice the oyster mushrooms into strips.
4. Add the tofu and mushrooms to the egg white mix, stir and allow           to marinate for 20 minutes.
5. Heat a wok and add the remaining oil.
6. When smoking, add the tofu and mushrooms, and fry until golden.
7. Remove and drain on kitchen paper.
Vegetables:
1. Slice the spring onions diagonally into 1/2cm slices, separating the white from the green.
2. Cut the courgette into batons about 1cm x 1 x 5.
3. Pour off all but 2tbsp oil from the wok, and reheat until smoking.
4. Add the white spring onions and courgette, and stir-fry for about         2 minutes on a high heat.
5. Add the kecap, sambal and stock, and simmer for a few seconds.
6. Add the bean sprouts and cooked rice, and stir-fry over a medium        heat until heated through.
8. Add the tofu, mushrooms and omelette, and allow to warm.
9. Add the green spring onions.
Serve:
in bowls with crushed peanuts, toasted coconut and extra kecap manis and sambal as side dishes.